Holidays in Ios island and the Cyclades

Ios island or Nios as the locals call their island, is an island in the Aegean sea with a rich history and many attractions. Ios has everything you need to spend unforgettable holidays in the Cyclades; beautiful beaches with crystal clear waters, interesting walking paths, delicious products and flavours and a lively nightlife scene. Starting from the Island House Hotel & Island House Mare explore and experience the beautiful island of Ios.

Ios has been inhabited since the prehistoric times, as evidenced by the findings in the hill of Skarkos. It is said that the island took its name from the flowers called Ia and grow on the island, or from the Phoenician word Ios which means “heap of stones”. Ios was an important island during the Minoan and Mycenaean period of history.

The most significant part of the history of Ios is associated with the great Greek poet Homer. Ios was the home of his mother and on the island is the tomb of the great poet according to Herodotus and other historians and archaeologists. The island was inhabited by Carians, Achaeans, Phoenicians and Ionians. During the Roman Empire became a place of exile, while in the Middle Ages was part of the Duchy of Naxos. During the times of the revolution for Greek independence Ios took part actively in the battle of Kusadasi.

Today Ios is an island with very good tourist services, famous for its beaches, the picturesque town, the hospitable people, the many attractions and its nightlife. It is considered among the best islands for dreamy vacation in the Aegean and the Cyclades .

Apart from the beaches and the nightlife in Ios is worth discovering the attractions that make the island unique in the Cyclades.

Mylopotas is the most famous beach of the island. It is full of life from morning until night. Due to the size of the beach you will find lots of organised parts and also free spaces to unfold your towel and enjoy the sun and the crystal clear waters.
Read More about Mylopotas Beach in Ios

Chora and other attractions in Ios

The Chora (town) of Ios is of the most picturesque and beautiful spots in the Aegean islands. The houses are built close to each other to be protected from the winds. Take a walk at the charming, narrow streets; enjoy shopping, your coffee and your food on the paved squares. Bougainvilleas decorate with their flowers and colors the walls of houses in the Chora of Ios.

The days in Chora flow calmly and as the time passes the narrow streets are filled with people of the island and guests having fun and enjoying the summer night thrills.

Just 2 miles away is the port of Ios. In the harbor you must visit the church of Aghia Irini (built in the 17th century) that welcomes you to the island. At the port you will also find tourist shops for your purchases.

Another area that is worth discovering is the beach of Magganari. The journey to the beach unfolds the splendor of nature and the beauty of Ios. Imposing cliffs, green slopes (pezoules) that once were cultivated are have the blue of the Aegean sea as a background. The beach of Maganari is a beautiful quiet beach with shallow crystal clear waters. On the coast you will find cafes and restaurants.

From the beaches of Ios worth discovering is the St. Theodote, Koubara, Kalamos, Psathi, to Aulaki tou Papa, the Treis Klisies, the Pikri Nero, in some of them you will find sun loungers, and a lot of space to enjoy with peace of mind the enchanting Aegean landscape.

Ios offers a variety of activities that make your vacations even more interesting.

In Mylopotas beach, where the Island House Hotel & Island House Mare are located you can organize diving or rent boat to discover the pristine beaches. You also enjoy your summer sports at the beach, such as beach volley and tennis. Also, kayak and a range of water sports are available a few steps from the hotel.

Ask the people of the Island House Hotel & Island House Mare in Mylopotas beach in Ios for activities you can do and all the information about attractions, trails and visits to places of interest on the island. 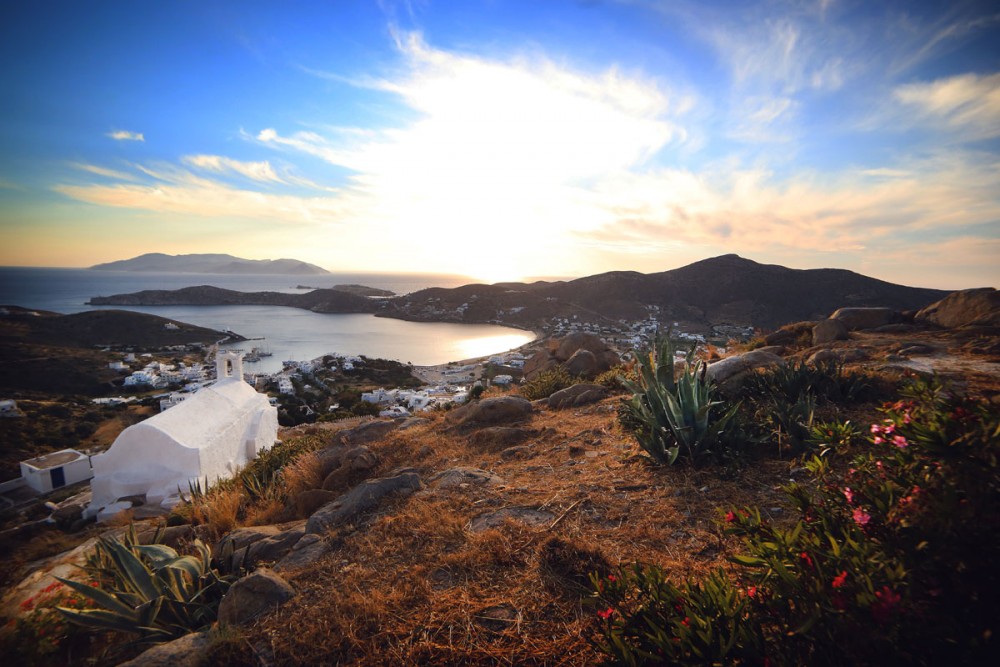 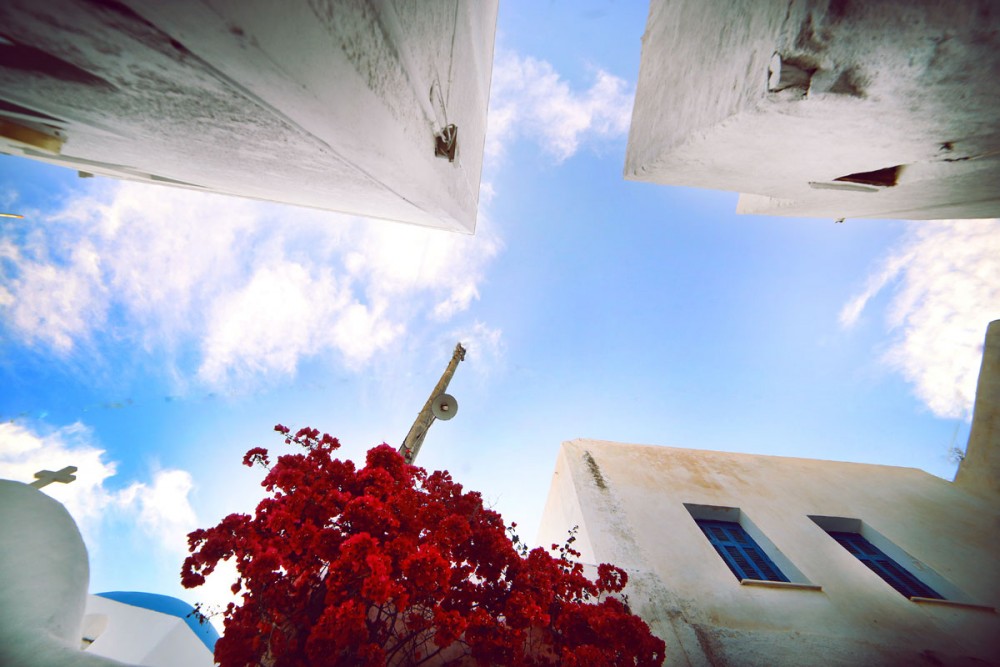 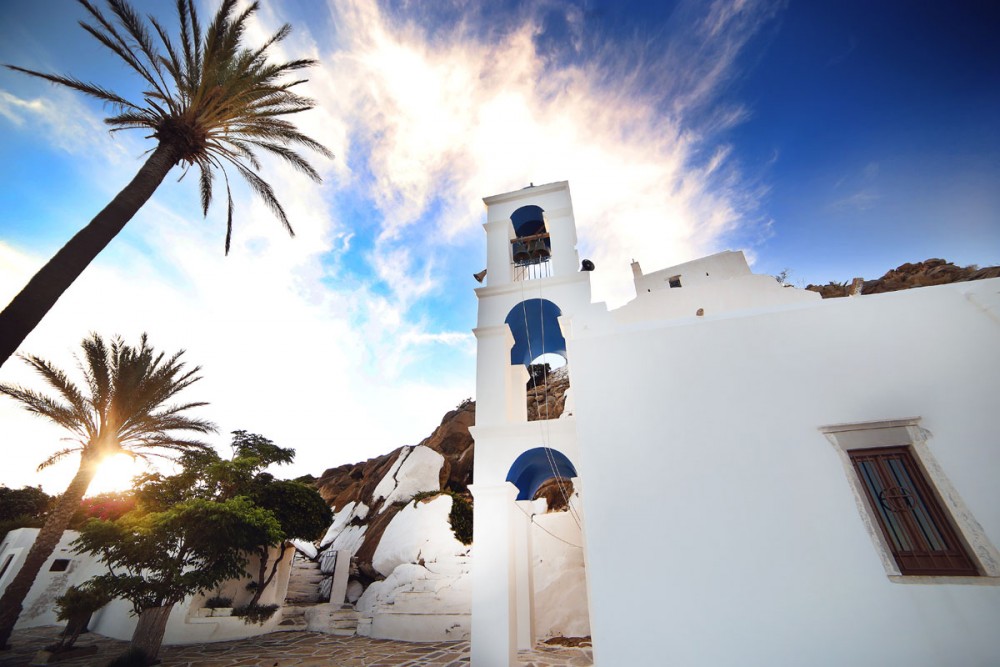 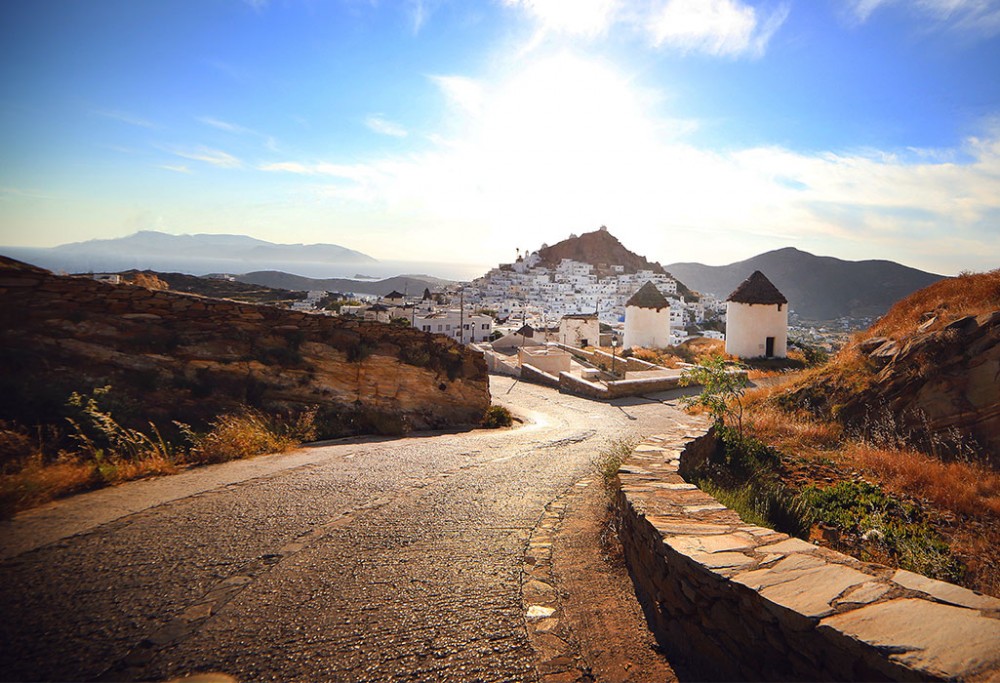 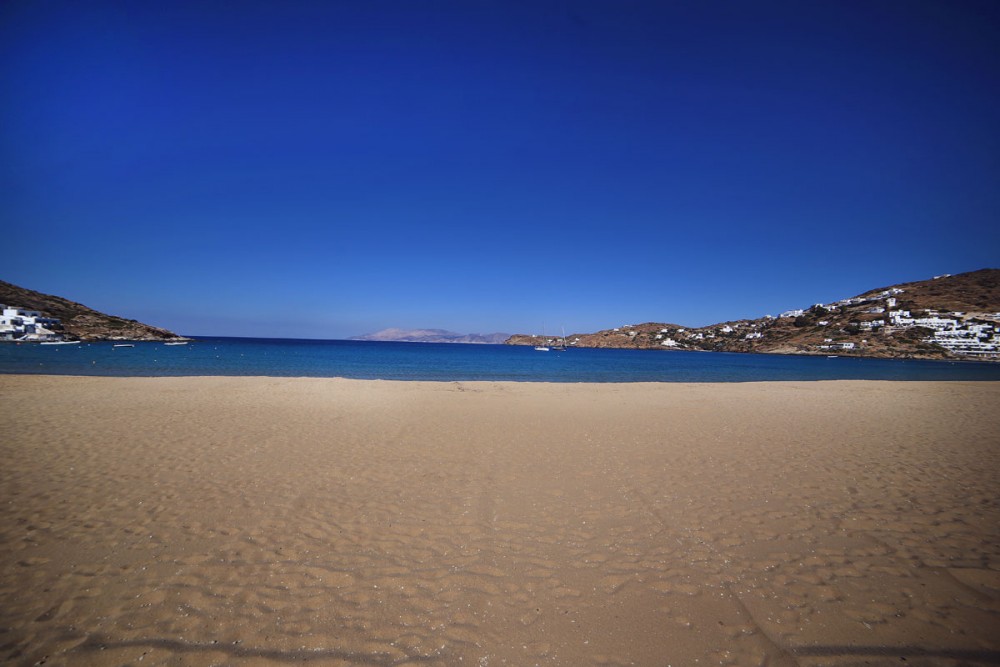 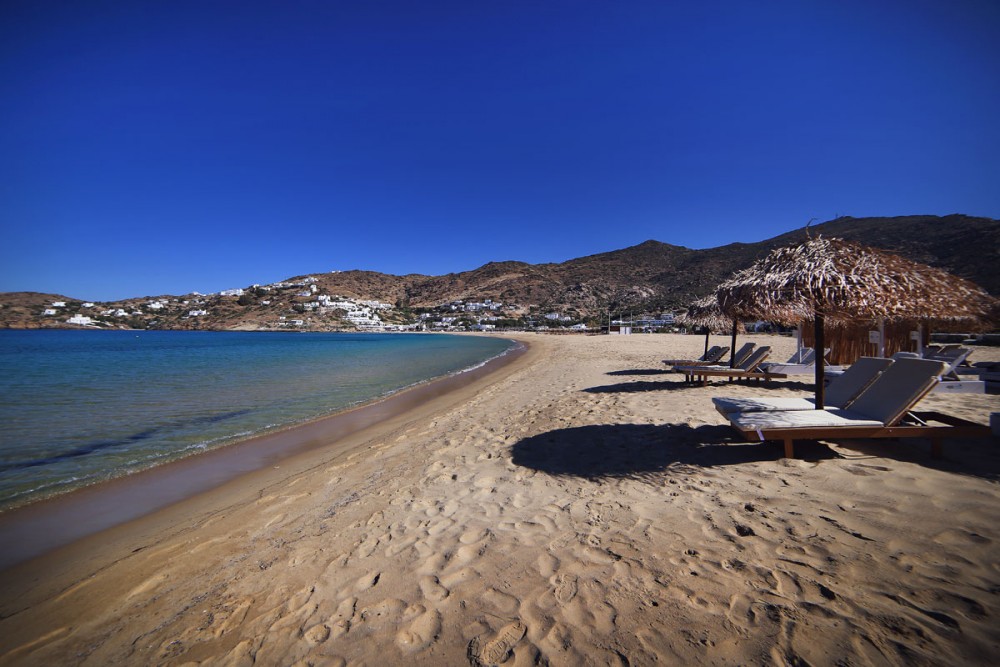 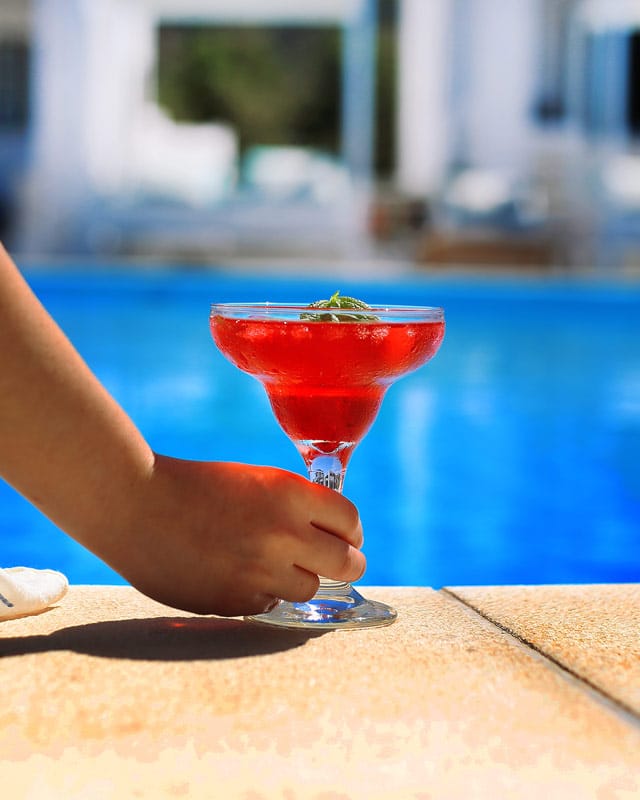 Cocktails & Snacks by the Swimming Pool 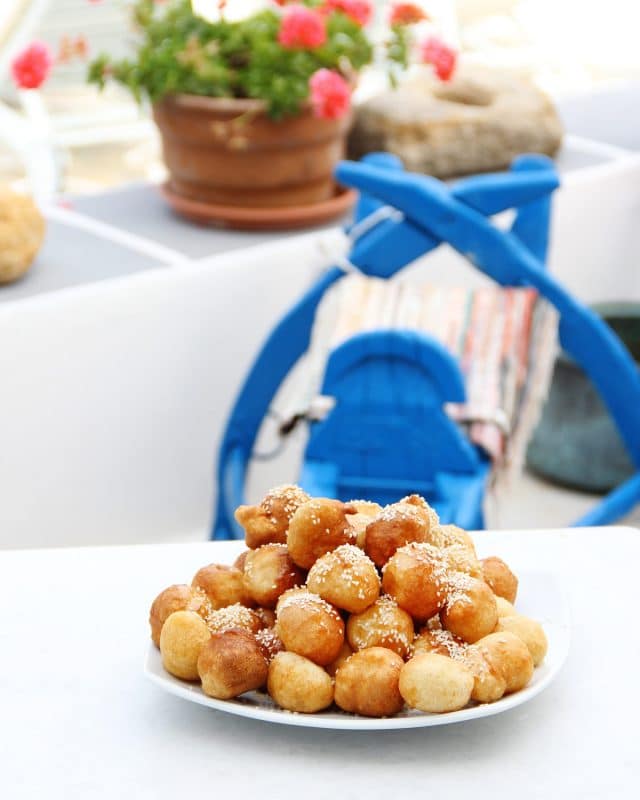 Start your day with home-freshly made breakfast! 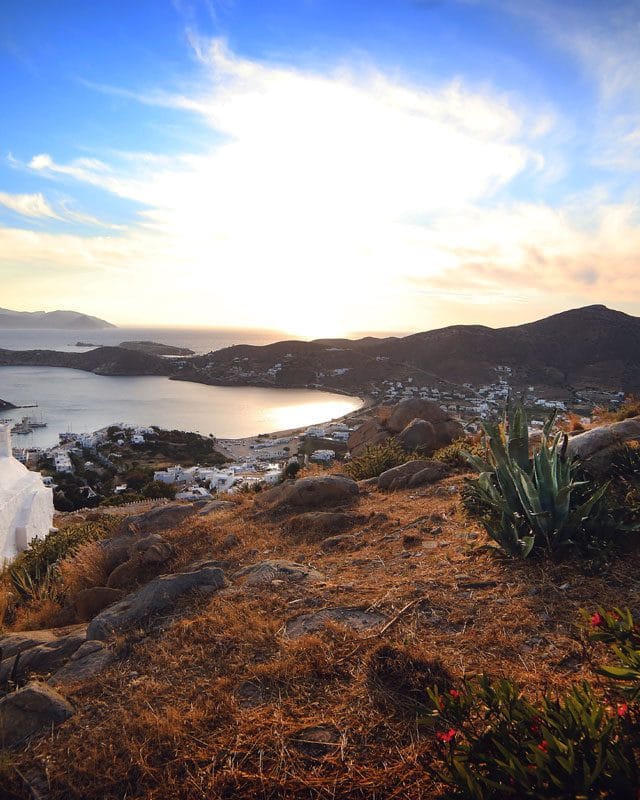 Explore the beautiful island of Ios